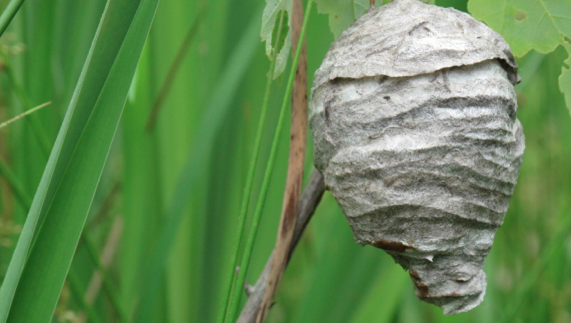 Last week I poked the green hornets’ nest by testifying in support of LD 324, An Act to Limit Public Land Ownership in Maine. The environmental left was outraged that any such sentiment would even be considered, and suggested that the legislation was unneeded, counterproductive, overly broad, a burden on democracy, local governance and efforts to confront the climate apocalypse.

One advantage of the pandemic is that testifying no longer requires six hours of round- trip driving to Augusta, and dress standards on zoom are somewhat lower than the capitol. Still, I had to sit for nearly four hours on zoom waiting for my three minutes of allotted time, during which state bureaucrats from the Department of Agriculture, Conservation and Forestry (ACF) explained that the newly adopted climate crisis mitigation plan would increase public land ownership to 30% from the current shrouded level of 10 or maybe 20% (it depends on how you define public, and the public really doesn’t need to know anyway)

LD 324 was introduced at my suggestion by Rep. Javner (R-Chester) and co-sponsored by Senators Moore (R-Washington) and Davis (R-Piscataquis) and Representatives Stanley (R-Millinocket) and Tuell (R-East Machias). Here is the entire text the greens found so offensive and burdensome:

An Act To Limit Public Land Ownership in Maine

Be it enacted by the People of the State of Maine as follows:

1.  Public ownership limited.  Notwithstanding any provision of law to the contrary, publicly owned land in this State may not exceed 33% of the total land area of the State or 50% of the land area of a county.  For purposes of this section, "publicly owned land" means land in which the Federal Government, the State or a municipality holds property rights, including easements, development rights, trust rights or other ownership interests.

With the approval of 2/3 of each House of the Legislature, the State or a municipality may exceed the limits of this subsection.

2.  Report.  The department shall, beginning April 15, 2022, report biannually to the joint standing committee of the Legislature having jurisdiction over public lands matters on the percentage of federal and state publicly owned land statewide and by county.

This bill limits publicly owned land in the State to no more than 33% of the total land area of the State and 50% of the land area in any county.  The bill also allows the State or a municipality to exceed the limits with the approval of 2/3 of each House of the Legislature.

The Department of Agriculture, Conservation and Forestry is required to report biannually beginning April 15, 2022 to the joint standing committee of the Legislature having jurisdiction over public lands matters on the percentage of federal and state property ownership statewide and by county.

Here is my testimony in support of the bill:

My name is Jon Reisman. I am a resident of Cooper, a former first Selectman and an associate professor of economics and public policy at the University of Maine at Machias, where I have taught environmental policy and economics since 1984. I worked for the King administration on environmental and education policy in the 90’s. My testimony today in support of LD 324 reflects my professional and political experience and expertise, but I speak for myself, not the University. I want to thank Rep. Javner and the co-sponsors for agreeing to sponsor this bill.

In the 1990’s, Maine adopted a goal of increasing (state) public land ownership to 10%, or about 2 million acres. I believe that aggressive funding of the Land for Maine’s Future program over the last 20 years has accomplished this goal, although I have not seen any well-publicized accountings. In recent years, especially because of our still developing climate change policy, state and national goals of 20 to 30% have been suggested.

In 1999, I conducted an analysis of state land ownership (attached) and proposed purchases on a county basis. This analysis found that the vast majority of state public lands in Maine were concentrated in the second Congressional District, specifically Piscataquis, Aroostook, Somerset, Oxford, Penobscot, Washington, Hancock and Franklin Counties. The majority of proposed (and since then actual) acquisitions were also in those counties. My analysis did not include federal and municipal land ownership. My analysis argued that the greatest need for public lands and the benefits they would confer was in six Southern Maine counties below the state median in both percentage of the county in public ownership and public acres/capita- Cumberland, Waldo, York, Kennebec, Androscoggin and Lincoln.

LD 324 seeks to cap federal, state and local public land ownership statewide at 33%, with no more than 50% in any given county, with a 2/3 legislative cap override option. The reasons are as follows:

•The United States uses a capitalist economic system, which means that resources, including land, are generally owned and controlled by private parties, not the state. The 33% statewide and 50% County cap reflect that;

•The benefits of public ownership- recreation, conservation and carbon sequestration are subject to diminishing returns and should be distributed equitably across Maine;

•The costs of public ownership- a diminished tax base and reduced development opportunities are subject to increasing costs and should also be distributed equitably across Maine;

•The establishment of state and county caps, along with a legislative override option will lower the temperature of any upcoming debates on raising the statewide goal or potential expansions to Katahdin Woods and Waters, Acadia National Park or other public lands in Maine. Thank you for taking my testimony, and I would be glad to answer any questions. I can be contacted at [email protected]

There were no questions. The ACF Department, The Nature Conservancy, The Sierra Club, Trout Unlimited, the Natural Resources Council of Maine, Maine Audubon and assorted climate activists all testified against the bill. Poking the green hornets’ nest can be a risky proposition- the environmental left has already tried to cancel me once. I am hoping for a roll call vote and an honest accounting of exactly how much of Maine and the second Congressional District is being groomed for a park on the installment plan.

Jon Reisman is an associate professor of economics and public policy at the University of Maine at Machias. His views are his own. Mr. Reisman welcomes comments as letters to the editor here, or to him directly via email at [email protected].