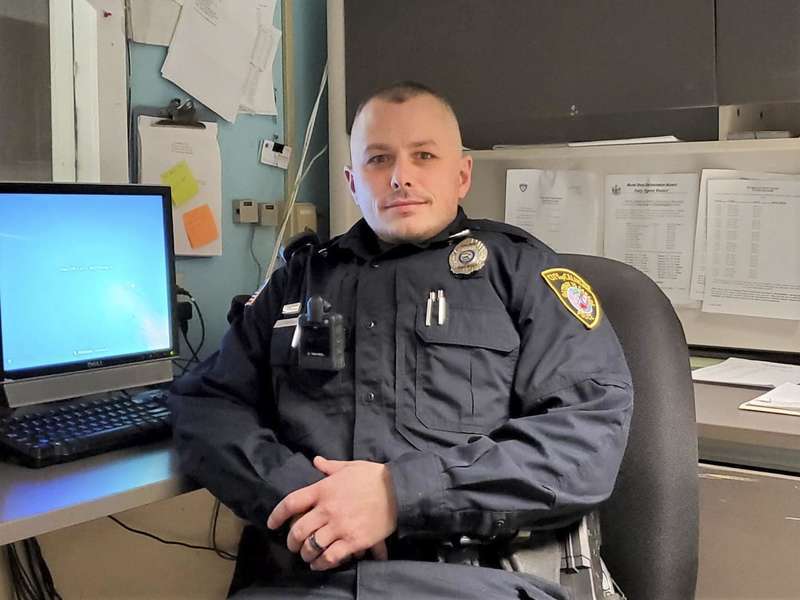 Prior to working for Calais Police Department, Officer Barnard received gainful experience while employed at Indian Township Police Department.  He was employed there for nearly five years and held the position of sergeant.

Working for Calais Police Department, according to Officer Barnard, is going well and has been an easy transition.  “I like that I am going to be a lot busier,” he said, adding that he looks forward to gaining even more experience in his profession through the added responsibilities working for the city.

Besides working full-time as a police officer, Officer Barnard serves in the Army National Guard.  In his 18 years with the Guard, he has been deployed four times.  He is dad to sons Jordon and Ethan, and he and his wife Tania are parents to daughter Kamryn.