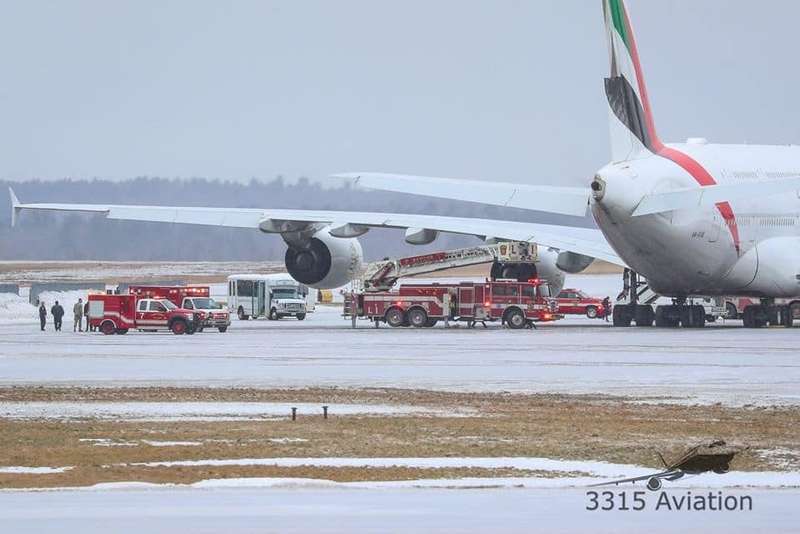 On Monday, Jan. 13, the largest passenger plane in the world made an unscheduled stop at Bangor International Airport.  Officials said a medical emergency involving a passenger resulted in the landing.

The fire department used its aerial ladder to retrieve the passenger from the second level of the double-decker A380.