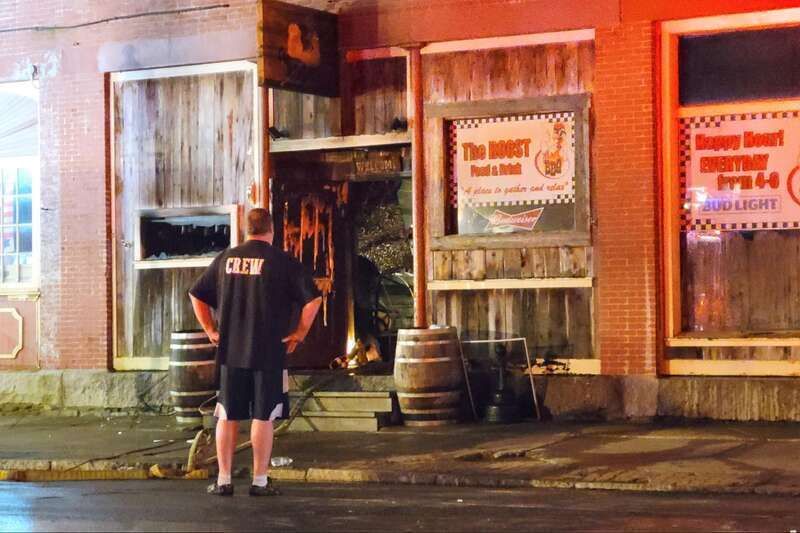 According to owner Carl Bailey, eight apartments in the three-story building were occupied by tenants.  Some were not home when the fire broke out, and those who were escaped without injury.