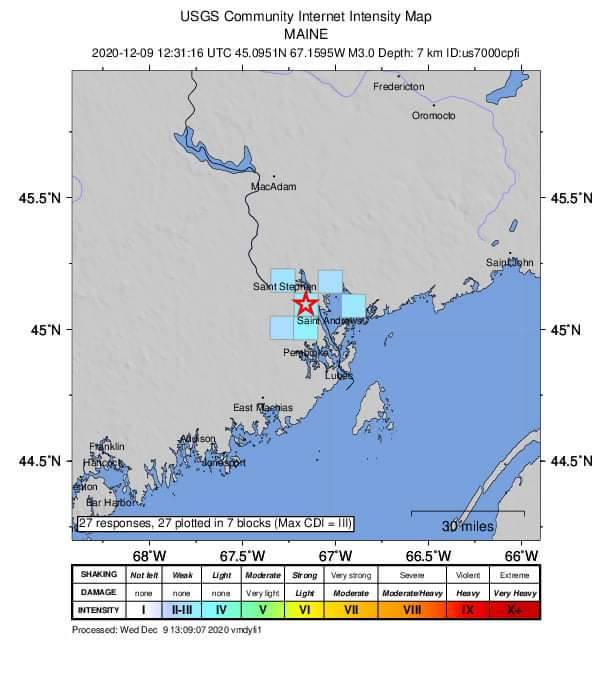 Earthquake Rattles Robbinston and Beyond

On the morning of Wednesday, Dec. 9, social media reports from many in the area noted “rattles” and “rumbles.” According to the United States Geological Survey (USGS), a magnitude 3 earthquake occurred around 7:30 a.m.  It had a depth of roughly 4.784 miles.

The epicenter of the quake was at Trimble Mountain, and its effects were felt as far away as Baileyville.  No damage was reported.