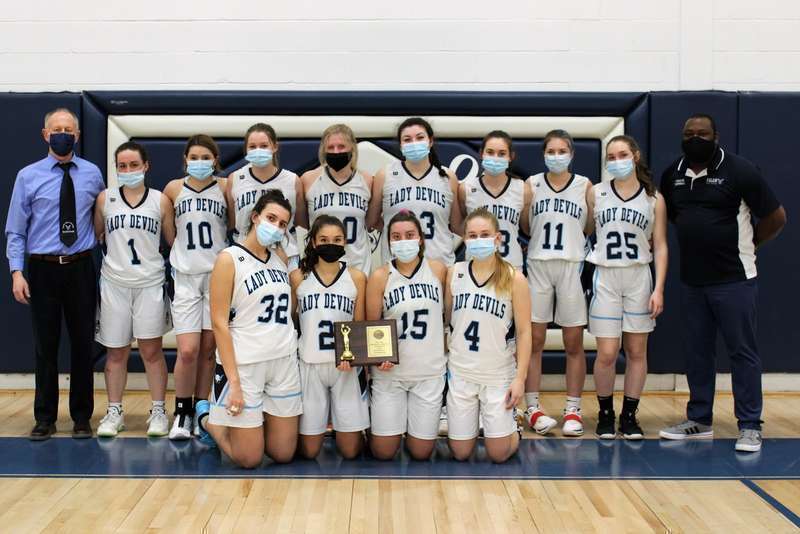 In a typical season, ending the basketball season with a win would mean a state championship title.  This year, however, with no fans, the elimination of the game-start jump ball, and all players masked up, the final win in Washington County means the Downeast Athletic Conference Championship.

Coach Bill McVicar’s Lady Blue Devils earned that DAC Championship title last week as the grand finale to the 2021 basketball season.  After cruising by the Shead Tigerettes in the semi-finals on Wednesday, the girls faced the Lady Knights of Narraguagus on Friday.

Maine Maple Sunday is Something Sweet