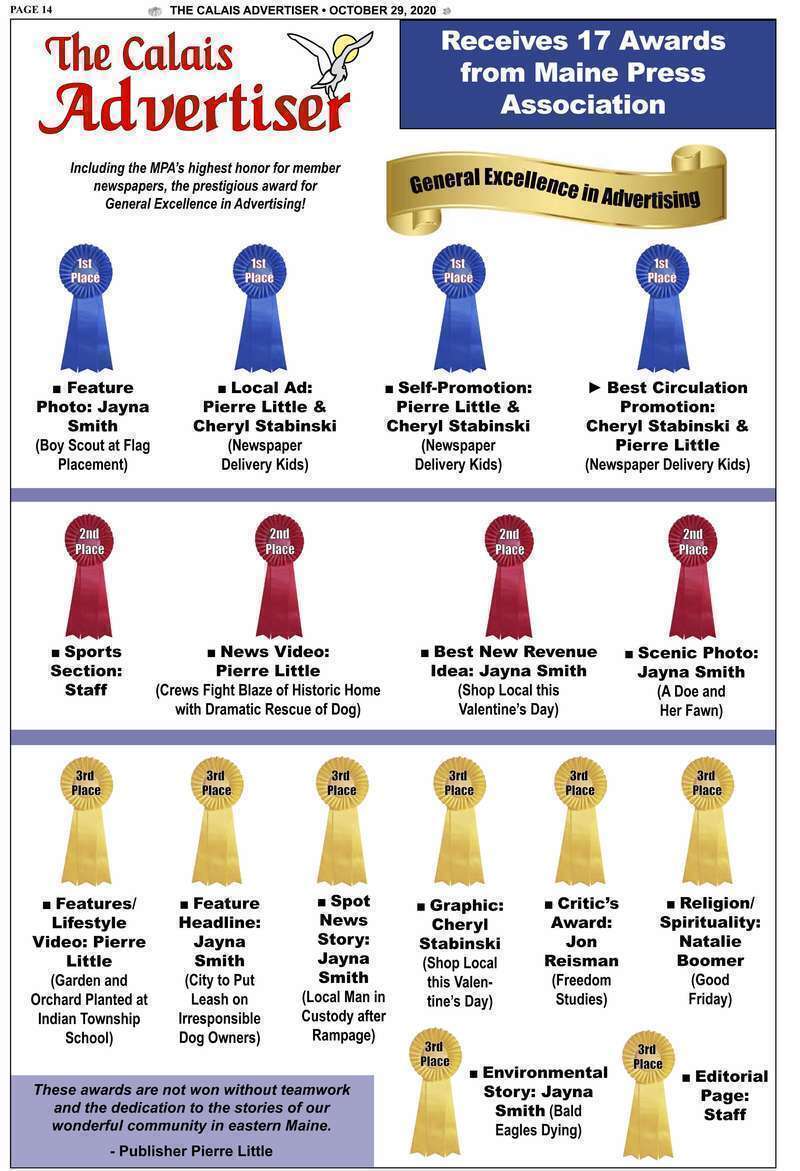 At its annual state conference, held virtually on Oct. 24, the Maine Press Association recognized The Calais Advertiser for its exceptional journalism work, awarding it with 17 awards, including the MPA’s highest honor for member newspapers, the prestigious award for General Excellence in Advertising.  Its sister paper, Machias Valley News Observer, won 13 awards, for a total of 30 awards combined between the two Washington County publications.

Pierre Little, Publisher of the Advertiser, said, “It is so incredible to be recognized by the Maine Press Association once again this year.  I thought we won a lot last year, but this year really is incredible.  I could not be more proud of our efforts and our editorial team.  We have won so many awards this year, we are running out of wall space to hang them all.”

This was the first year The Calais Advertiser won the General Excellence Award for advertising.  This high honor takes into account everything advertising related to print, from layout and format to originality of designs and messaging, to name a few.  It is the MPA’s highest honor for member newspapers’ advertising efforts.

Jayna Smith won the top award for a feature photo and earned second best in the scenic photo category.  She also earned the top three spots in three different writing categories.  Her article on bald eagles dying from lead exposure received third place in the environmental category, while her article on a local man going on a day-long rampage throughout the county received third place in the spot news story category.  Finally, Smith also won third for best feature headline, “City to Put Leash on Irresponsible Dog Owners.”

Smith also earned a spot in the advertising category, receiving a second-place award for best new revenue idea for her Shop Local for Valentine’s Day campaign, while Stabinski earned third for the best graphic design in that same campaign.

For the second consecutive year, The Calais Advertiser placed in the top three for best sports section, moving up to second place this year from third in 2019.  The team also received third place for best editorial section.

Little explained the importance of the paper to the community, a business in the city since 1836, as well as the importance the area businesses are to the paper.  “The Calais Advertiser and its editorial newsroom is so vital to our community’s health and economic growth,” he said, adding, “I want to thank our business community, our advertisers, for their continued support.  I want to especially thank Bob Craft at Calais IGA for providing his IGA weekly flyers in support of the paper.  Without businesses advertising and using the services of the Advertiser, we could not have covered so many important stories and have won so many awards this year.  To have reporters being paid to focus on our part of the world beats social media hands down, and it means we are serious about our community’s vibrancy and its flourishing.”

Little also praised the continued efforts of his staff.  “These awards are not won without teamwork and the dedication to the stories of our wonderful community in eastern Maine.  I congratulate all the reporters of the Advertiser for a job well done, along with our designers Dylan Lingley and Cheryl Stabinski and of course, most esteemed Kathy Devine, and last and most important, my wife Wendy, who kept us focused on our financial realities.” 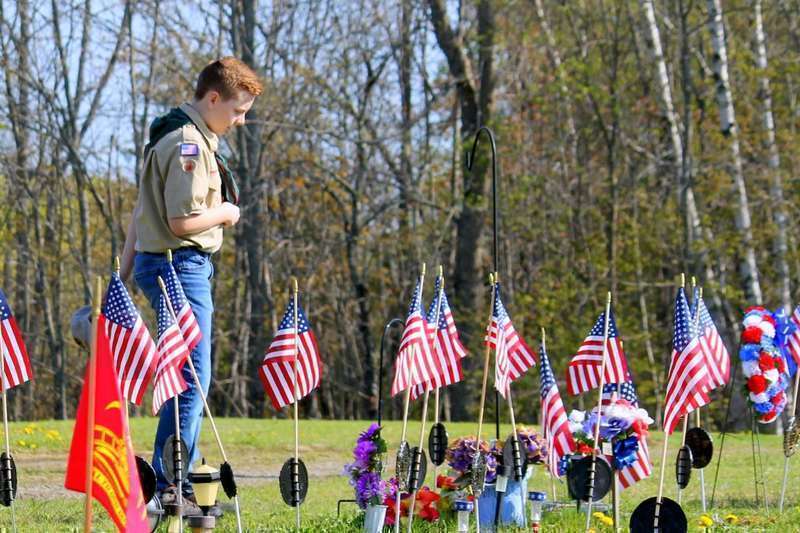 A Boy Scout takes a moment to read the headstone of a fallen soldier at Calais Cemetery.  This photo won top honors at the 2020 Maine Press Association Awards as a feature photo, published as part of The Calais Advertiser’s coverage of Memorial Day Weekend’s flag placement at the cemetery.  (Photo by Jayna Smith) 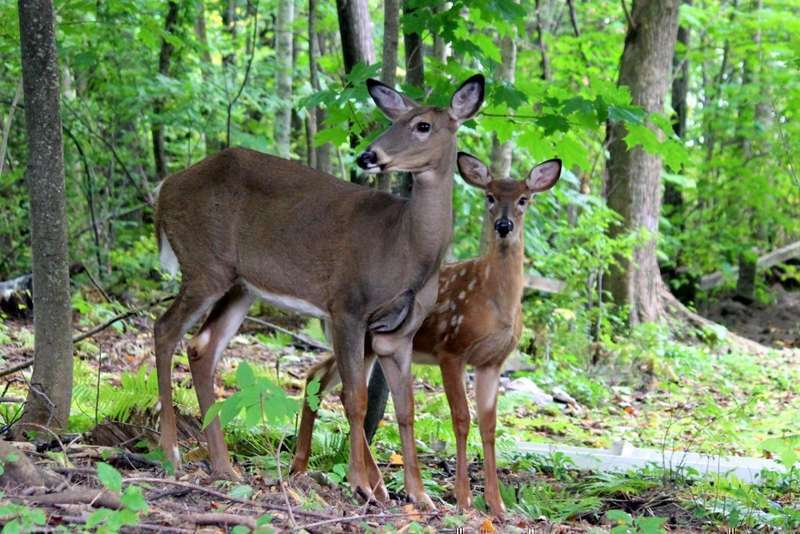 This doe and her fawn photo won second place at the 2020 Maine Press Association Awards as a scenic photo.  (Photo by Jayna Smith)