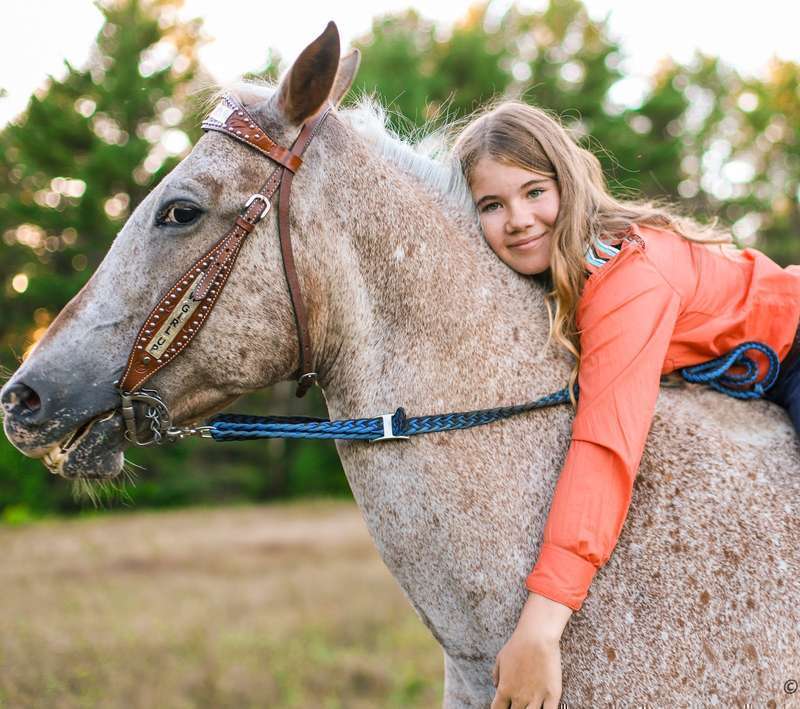 If there’s one thing Washington County communities can be counted on to do, it’s to have each other’s back. This is the case for a Baileyville family who had the unimaginable happen when a horse accident left a 12-year-old-girl in the hospital.

On Saturday, September 19, 12-year-old Lydia Cropley was competing in Exeter finishing her barrel racing run when the horse she was riding slammed her into a steel door. The incident left Lydia with a bruised lung, ruptured spleen and bleeding around her liver. The injuries have her being monitored in the pediatric wing of Northern Light Hospital in Bangor.

Lydia, even at only 12, is a well-known rider at the local clubs and the National Barrel Races. Other riders have described her as a strong rider with a lot of talent that had her on the way to the State competition until this injury.

Evidence of the impact this young lady has had not only locally but across the state became evident when not even 48 hours after the accident, a benefit auction was organized. Due to restrictions around COVID-19, the benefit will be held in the Power of Love Thrift Store in Baileyville as well on the Facebook event page. A staggering number of donations have already come in from all over the state but especially from local businesses and individuals. “It’s amazing to see the outpouring of prayers and offers of support with everything that’s going on,” Sue Provencher, one of the organizers, said.

There is sure to be something for everyone at the auction. Tickets are on sale at the store or can be requested on the Facebook event page or through Ronda Cobb and Sue Provencher. In addition to a number of auction items, they are also raffling off a rifle provided by Johnson’s True Value.

The group was able to put together a take-out spaghetti dinner which will be hosted out of the Spednic Club. The meal will be held on October 3 from 3 to 5 p.m. Attendees can drive up and tell a volunteer how many meals they want and another volunteer will bring them out. The meals will cost $7 for adults, $5 for kids or $20 for a family of four.

As the donations are finalized, a list of all the items will be available on the Benefit for Lydia Facebook page as well as further information on the take-out dinner. For anyone that would like to make a donation or purchase tickets go to the Facebook event page. There is also information about sending monetary donations directly to the family.