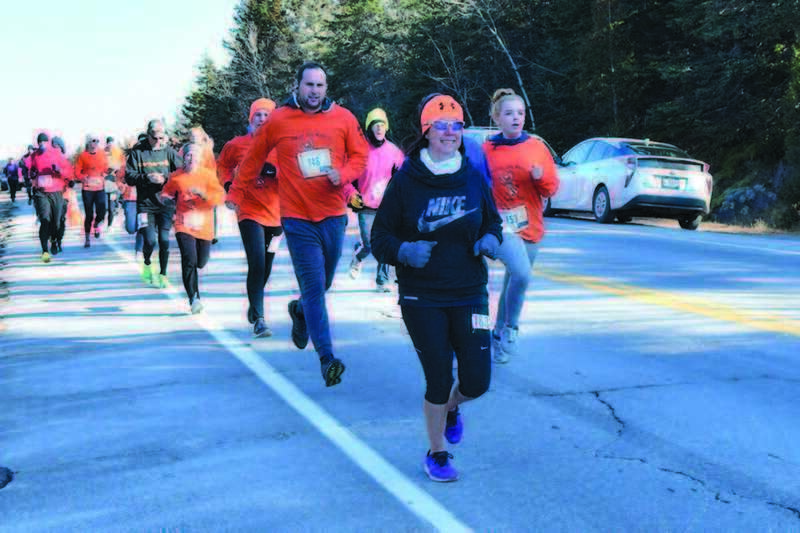 The 2nd Annual Addison Coty Memorial 5K Turkey Trot was held last Saturday in Robbinston.  Addison, a 2018 graduate of Calais High School, lost his life in an automobile accident in July of 2018.  He was a great friend to many, and Addison was well-known for his athleticism, especially his ability as a cross country runner, having finished fifth in the state in Class C during his senior year.  The race, organized by Addison's mother Angela, raises funds to present as scholarships at Calais High School.