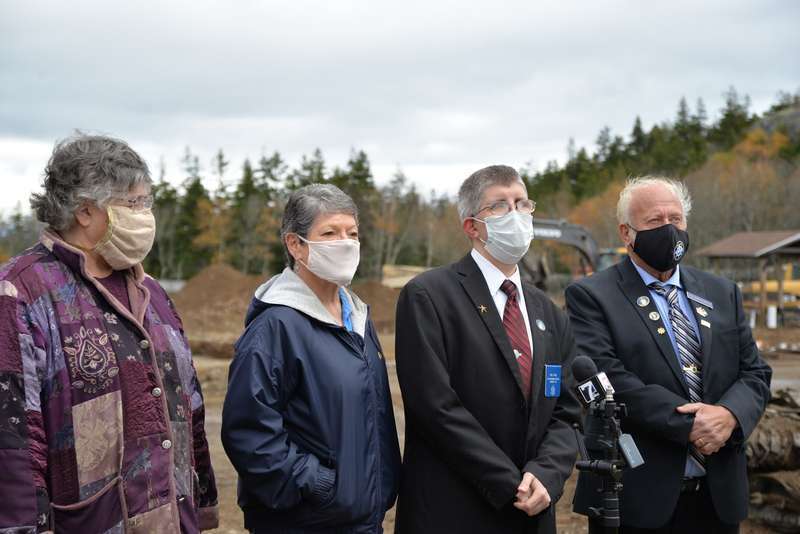 Only one other county (Somerset) supported President Trump more than Washington County, which tied with Aroostook, giving Trump 59.1 percent of its vote. Statewide, Vice President Joe Biden won 55.3 percent, or 428,232 votes to Trump’s 44.2 percent, or 356,673 votes.

Congressional District 2 (CD2), Maine’s more rural district and where Washington County is located, supported Trump to the tune of 52.4 percent, delivering him one of the state’s four electoral college votes.

Maine is one of only two states — the other is Nebraska — which portions out its electoral votes instead of giving them all to the winner of the popular vote. In Maine, one vote goes to the victor in each of the state’s two congressional districts, and the remaining two go to the state’s overall winner. Maine gave Biden three electoral votes.

Washington County also supported the Republican congressional candidate, Dale Crafts, by a margin of 53.1 percent to incumbent Democratic Rep. Jared Golden’s 46.9 percent. Unfortunately for Crafts, that margin did not carry across rural CD2, where he lost by six points, 53 percent (Golden) to 47 percent (Crafts.)

In the hotly-contested and heavily-funded race for the U.S. Senate, incumbent Republican Senator Susan Collins defeated Democratic challenger Sara Gideon statewide with 51.2 of the vote percent to Gideon’s 42.3 percent. Collins took Washington County by a higher margin, winning with 64.9 percent of the vote to Gideon’s 29.9 percent.

Though Washington County voted red at the national level, in the four races that cover most of the area, incumbents held all of their seats, including two incumbent Democrats.

In District 138 Rep. Robert Alley (D-Beals) held off Republican challenger Kimberley Robinson for the second time in four years, by a margin of 58 percent to Robinson’s 42 percent.

Alley has won his fourth consecutive term. Perry will be eligible to run again in 2022.

In the race for Maine Senate District 6, incumbent Republican Sen. Marianne Moore (R-Washington) defeated Democratic challenger Jeffrey Lovit with 64.3 percent of the vote to Lovit’s 35.7 percent. This is Moore’s second term as a senator.

In District 136, on the western edge of the county, incumbent Republican William Faulkingham held his seat against Democratic challenger Antonio Blasi with 68.9 percent of the vote to Blasi’s 31.1 percent.

In District 137, north of Columbia and Jonesboro, Republican Meldon Carmichael carried the district against Democratic challenger Maxwell Coolidge with 67.7 percent of the vote to Coolidge’s 32.3 percent.

In District 141 on the northern edge of the county, Republican incumbent Rep. Kathy Javner defeated challenger Donald Green with 74 percent of the vote, to Green’s 26 percent.

Washington County Commissioners Chris Gardner and Vinton Cassidy, both Republicans, were both reelected. Both ran unopposed.