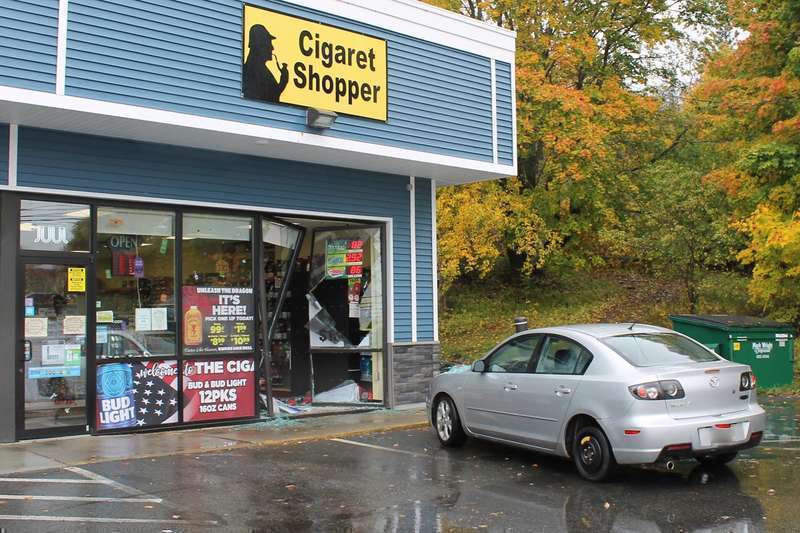 According to Sgt. Matt Vinson, around 2 p.m., John Gallupe, 54, of Baileyville, was attempting to park his 2009 Mazda 3.  Instead, he accidentally drove the vehicle up over the curb, striking the front of the building.