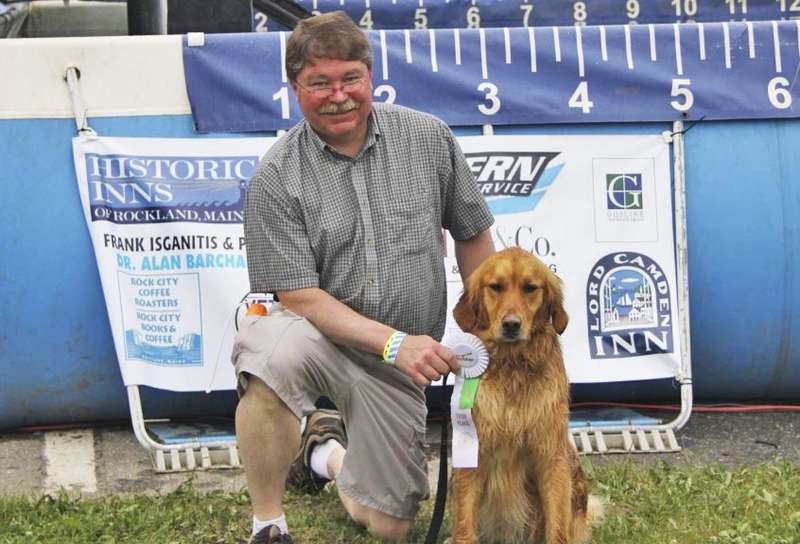 According to Maine law 7 MRS §3911, “It is unlawful for any dog, licensed or unlicensed, to be at large, except when used for hunting.”  This law defines “at large” to be “off the premises of the owner and not under the control of any person whose personal presence and attention would reasonably control the conduct of the animal.”

For those pet owners who prefer to allow their canine companions to run free, a dog park is a perfect place to do so.

A dog park is a public park, usually fenced, where people and their dogs can play and socialize together.  Even more, such parks keep off-leash pets away from joggers, children, and those who may be fearful of dogs.

According to the American Kennel Club, dog parks make for a better community as they promote public health and safety.  The AKC cites that well-exercised dogs are better neighbors who are less likely to cause a nuisance, bark excessively, and destroy property.

Unfortunately for local dog owners, there is no park designated for them and their four-legged friends. One woman, however, is hoping to change that.

Last November, Patricia Webber experienced the unexpected death of her brother Rob Bailey.  Rob was a longtime resident of Calais and very much a dog lover, specifically of his golden retrievers.  Rob found the breed to be great family dogs, and as close companions, his goldens enjoyed many of the things he loved, such as boating, camping, and simply being outdoors, according to Webber.

“This last year had been a tough year for my family with the loss of my older brother Mike and his wife Deb a few months [before Rob’s death].  I was just struggling deeply with Rob’s sudden death,” Webber explained.  “I was looking for a local cause that would speak to Rob’s interests, and with the help of Nell Walton, we came up with the Bailey’s Bark Park.  From talking to some friends in town I was aware that the cemetery use was wearing thin and that there was some interest in finding a place for dogs to get some exercise.”

Soon after Rob’s death, Webber, with the help of Walton, held a name-your-price sale of items at Rob’s home to begin a fundraiser for Bailey’s Bark Park.  Webber said there have also been some offers to assist with labor and post holes when the need comes, and she is still hoping for suggestions from the community on land that might be available or from a landowner willing to allow such a park on his or her property.

She is no stranger to dog parks. In Belfast, where Webber resides, a dog park already exists.  Not only is she familiar with the park from her own use with her dogs, but Webber has also already been in touch with the group that originally worked together to create that Belfast dog park.

The next step, according to Webber, is to gather a group of local people willing to help raise some additional funds and begin educating on the needs of a dog park to keep the pets and owners happy and safe.  Suggestions and input are welcome to help bring this idea to fruition.

“As you can see, all this is in the very early stages and I’m hoping that getting some local support will help this take a step forward,” Webber said.  Currently, there are donation jars at area businesses, and another name-your-price sale is being planned for the coming months, but in addition to funds to make a dog park happen, general community support is necessary.

Those in support of a dog park, or who may have suggestions and ideas to share, are encouraged to reach out to Pat Webber at pbwbbr@gmail.com or 207-320-8970 or to Nellie Walton at nelliewalton@gmail.com.