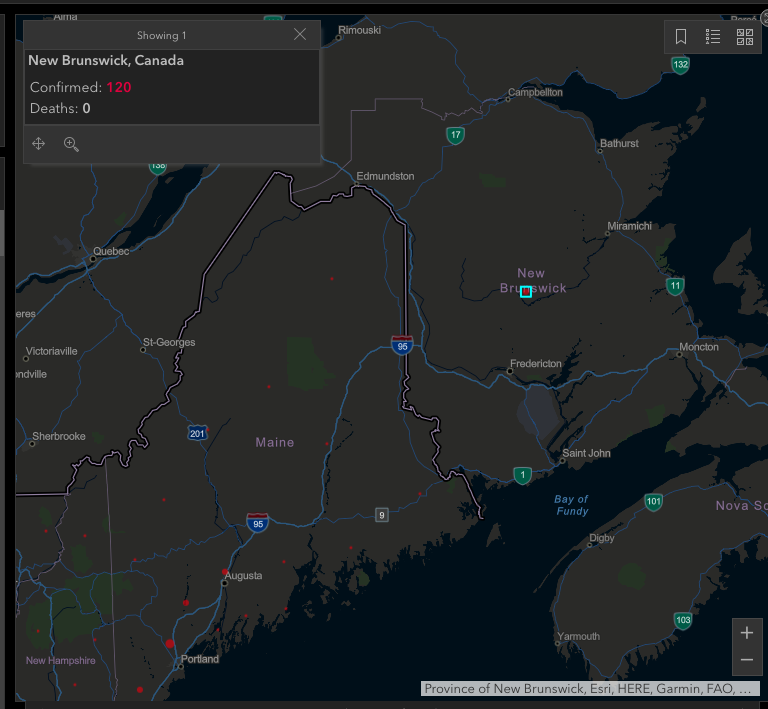 When compared to its neighbor Quebec, the Province of New Brunswick shows extraordinary results in its fight against COVID-19.

Of course, Quebec has a population approximately ten times greater in number than New Brunswick: 8.48 million versus 0.78 million.

The number of cases there is 212 times higher; therefore, per capita, there are about 20 times more people in Quebec than in New Brunswick.

In New Brunswick, there have been no cases of outbreaks in seniors’ residences, while such outbreaks are raging in Quebec with already a multitude of deaths to be deplored and a real crisis in the management of these residential homes.

To date, the province has had no deaths, and only a handful of “active” cases remain – that is, people who are sick and not yet cured. None of them are in intensive care.

There is, therefore, great caution at the level of the authorities. While there have been no new cases for nine days and only six people, all who have been treated and whose lives are out of danger, but are still positive.

As for schools in New Brunswick, they will remain closed, and there is no plan to reopen until the 2020-2021 school year begins.

However, the province has embarked on an extensive online learning program. The province even encourages high school students in grade 12 who want to start their post-secondary education earlier by signing up for distance education courses offered during the spring and summer terms.

“Even though schools across the province are closed, we remain committed to helping students continue their education,” said Education and Early Childhood Development Minister Dominic Cardy. 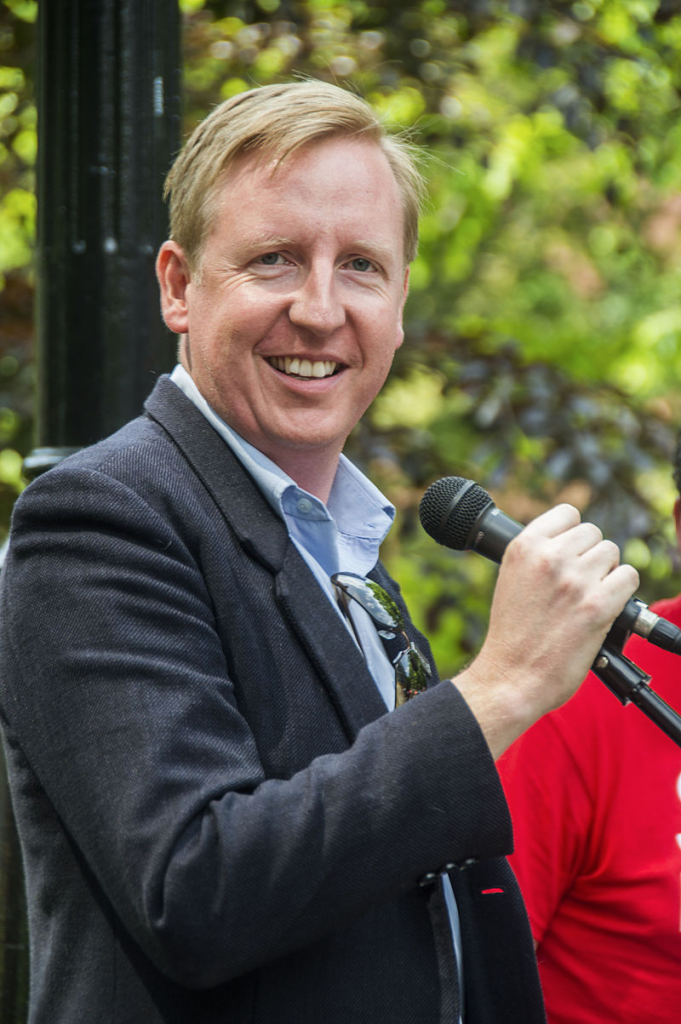 Minister Dominic Cardy (pictured) actually played a major role in tackling the COVID-19 crisis in New Brunswick. Very early on, he conducted an analysis and prepared a detailed 19-page memorandum which was sent on February 24 to his colleagues in the government to propose a comprehensive set of measures to be taken at the provincial level.

In New Brunswick, quarantine became mandatory for all students who stayed outside the province, including those returning from overseas travel, whether symptomatic or not.

In Quebec, such measures were not taken, students returned to school with the main measure being washing their hands … and we already know that many cases of outbreaks, which created the ensuing health crisis, are linked to returns from trips during spring break, for example Italy.

The wisdom and prudence of Minister Cardy and of the Government of New Brunswick are underscored by the University of Toronto infectious diseases and epidemiology specialist, Colin Furness Ph.D.

“Children mixing in schools is a really potent way for infections to spread.”

It should be noted here that in Quebec, where the pandemic is raging and is far from being under control, 875 new cases in a single day occurred on April 28. The government is preparing to reopen nursery and primary schools on 11 and May 19, that is to say in just two or three weeks.

Coming back to New Brunswick, we must highlight the considerable work that has been done in terms of screening.

Very early, as of February 11, the province has had a capacity of 300 to 600 tests per day, which is ahead of many jurisdictions.

To date, the National Microbiology Laboratory has carried out more than 25,000 tests, with results typically provided within 24 hours.

Around mid-March, discussions between doctors, pharmacists, officials of the two health networks and government officials also concluded on the importance of treating the disease early, according to a protocol inspired by the work of Professor Didier Raoult in France.

We covered New Brunswick’s announcement on early treatment with hydroxychloroquine on April 3.

Fewer than ten patients have been treated with hydroxychloroquine in New Brunswick since the start of the outbreak. But the province was prepared to handle many more cases in this way, if necessary.

New Brunswick may have been lucky, as it has less dense urban centers than Quebec and also has much less international air traffic.

New Brunswick is very cautiously engaging in relaxing restrictions, and the challenge ahead will be to manage new infections which sooner or later may arise.

In this context, the exemplary systems in place, particularly in terms of rapid tests, immediate patient management, and therapeutic intervention by early treatment of the disease, will certainly be essential in the future.

The challenge is indeed to manage the virus in the medium term, to avoid any second wave of any magnitude while managing a gradual return to normal economic and social life.

It is probably in the best interest of the world to pay attention to what New Brunswick is doing, not only for its remarkable successes to date but also for what is ahead.

If the pandemic is already regressing in many regions around the world, good management of re-infections will determine medium and long-term success in the fight against COVID-19.

The author, Jean-Pierre Kiekens, is an independent analyst and former lecturer at the Free University of Brussels. He graduated from the Universities of Brussels and Oxford.

Life in Early Baileyville Shared in An Amazing Journey