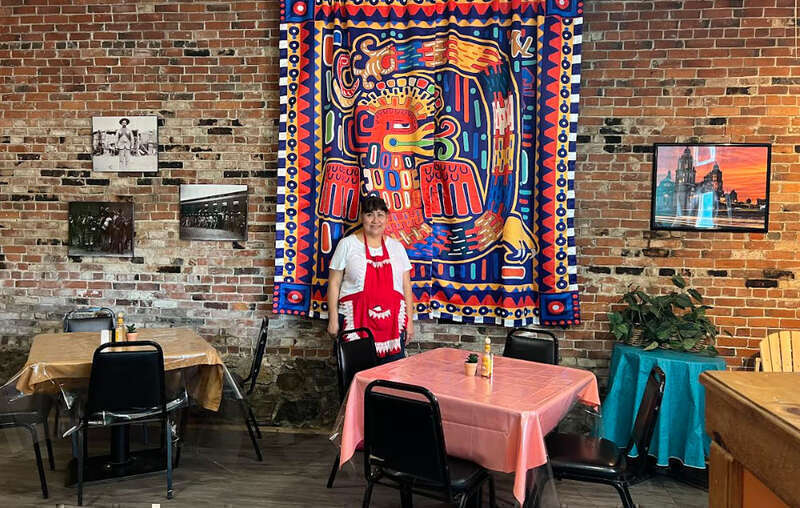 The Mexican-style family restaurant, Mama Lola’s, has been doing remarkably well. A few months ago, owner Manuela Medrano, traded out her hot truck for an air-conditioned brick-and-mortar location in downtown Calais, and has since hired much more staff.

“Now we have a full-time staff,” says Medrano. “We have wonderful, wonderful girls. And it‘s still very much a family business.” Her children were running around, taking orders and delivering food at the new 28 North Street location.

Before, it was just Medrano, her husband John, and her daughter Amanda running the food truck through all of last summer, but now their youngest daughter also chips in, bringing silverware and menus to the patrons, along with a few other servers and chefs.

The family is now considering opening a second restaurant in Calais. Medrano hopes that the new restaurant will offer up homemade barbeque-style food. “I see there aren’t many places that offer barbeque,” she says, “and it’ll showcase my husband’s barbeque skills–babyback ribs, sausage, potato salad, baked beans, baked potatoes, the works.”

She hopes it can be somewhere people come to dance, talk, drink and have fun. If the family does decide to go through with the restaurant, they will have to hire a substantial number of staff to run it. They hope that the location of this new restaurant will be right next door to Mama Lola’s, but it’s too early to tell.

Medrano has expressed a common sentiment of excitement at being one of the many restaurants that have opened up in Calais’s downtown in the last few years. She is one of many owners that are proud of being on the forefront of an upward trend of increasing business in a town that, for many years, has seen a shuttered and struggling downtown.

Let’s hope that trend keeps, and our city will see a vibrant center of commerce, just as colorful as Mama Lola’s.

One can learn more about Mama’s Lola’s Mexican Restaurant by following it on Facebook or calling 207-454-4191.