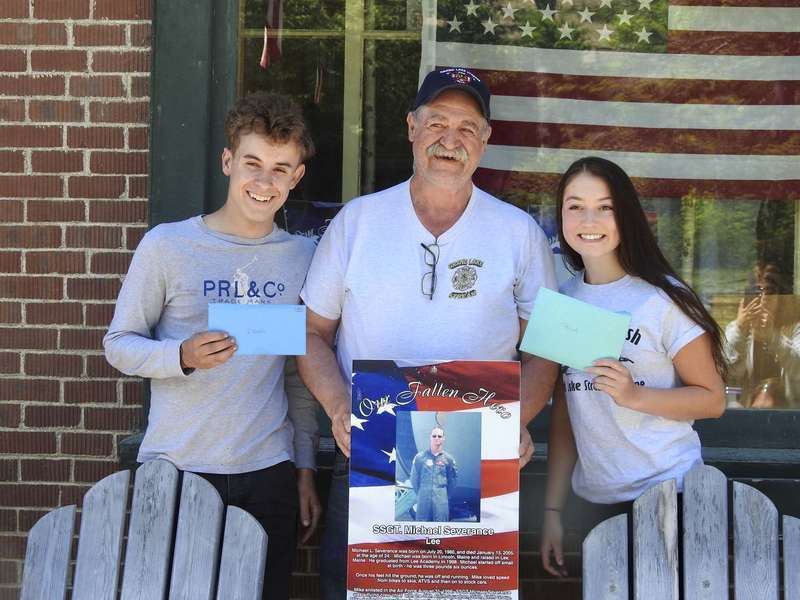 Nolan McCullough and Paige Sockabasin each received a scholarship, presented annually in honor of Michael Severance.  Les Severance, Michael’s father, decided this year to present it to two of the Pine Tree Store employees, both of whom are graduating.  The store is owned by Les Severance and Brinda Leighton.  Each year they have a dance to raise money for this scholarship to be given so that Michael will not be forgotten.  Nolan has been a summer resident of Grand Lake Stream since the age of two, spending his summers with his grandparents, David and Jenifer McCullough.  He will attend the