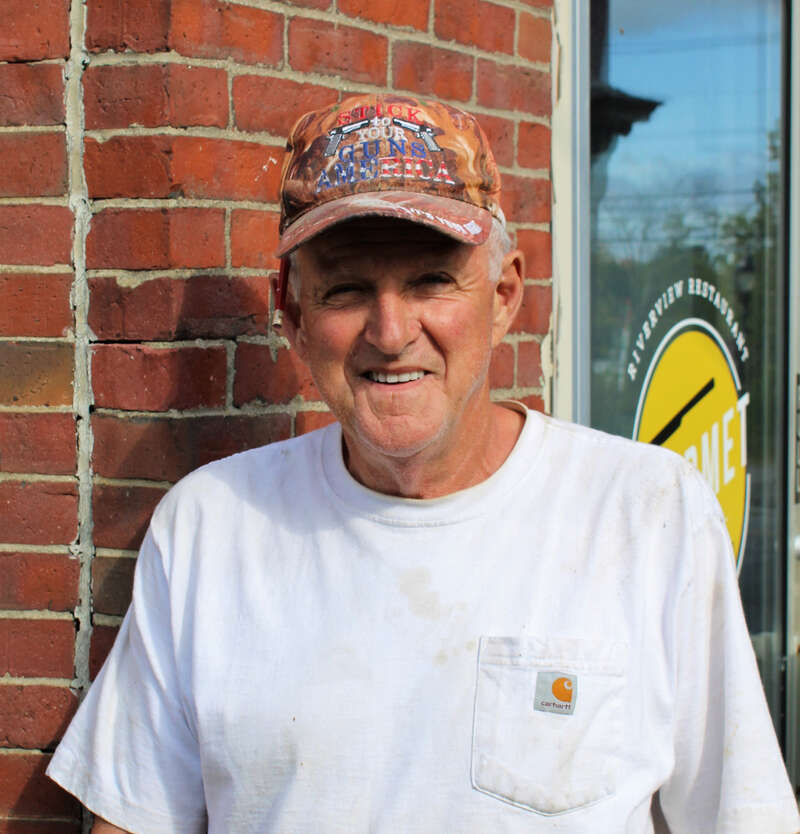 Jake Chambers took time away from renovating one of his downtown buildings to discuss his bid for Maine House District 140. (Photo by Jayna Smith)

Jake Chambers, of Calais, has announced his Republican bid for state representative.  The House seat, currently held by Anne Perry (D-Calais) will be up for election in 2022 and includes representation of Baileyville, Baring, Calais, Charlotte, Indian Township, Pembroke, Perry, Robbinston, and Pleasant Point.

Chambers, a fourth-generation Calais native, is a businessman who prides himself on his work ethic and family roots.  He owns several commercial and residential rental properties in the area, and he and his wife Rhonda own nine assisted living facilities across four counties.  Through those facilities alone, the couple employ just shy of 100 people.

A strong work ethic came through hard knocks for Chambers.  “I was brought up on welfare and grew up very poor,” he said, adding that he and his wife Rhonda each had only $15 when they got married.  Since that time, however, he has spent his entire life working hard and at an array of positions.

Much of Chambers’ work history has involved public service, retiring from U.S. Customs 12 years ago.  Throughout his life, he has held positions from truck driving to plumbing and from law enforcement to firefighting–and everything in between.   He also served in the U.S. Army.

He is pro-life, pro-religion, and pro-traditional marriage.  Still, he recognizes others do not always share the same views, and to him, that’s ok.  Chambers says he still treats people with respect, and at 68 years old, he feels he has something to offer.

Above all, Chambers expressed his love for his city, county, state, and country, with a great interest in helping improve each for the next generation.  “There’s a lot of room for improvement in both the democratic party and the republican party, but this is about the next generation. Are we following the cliché to leave things better than we found them?  No, we’re not.  We’re creating a disaster.  We’re leaving a mess.”

Chambers feels the need is great to put more people in office who are truly representative of the working class, not career politicians.  “I have worked my whole life.  I have no interest in being a career politician,” he said, adding that his diverse working experience will help him in understanding and representing his potential constituents.

According to Chambers, there’s “dozens of issues” that need to be prioritized, one major one being the current business climate.  He noted the number of jobs available, but the lack of workers willing to fill those positions.

“Don’t tell me the American dream is dead,” he said.  “It’s not.  If you want to work for it, if you want it bad enough, it’s there for you.”  Chambers feels there needs to be more emphasis on getting people into the workforce, “instead of convincing them that they can have all the same things that you and I have when we work.”  This, he said, comes through the seemingly readily available and easy to acquire assistance programs that often encourages people to stay home and out of the workforce.

Also of great importance to Chambers is the drug epidemic and the stigma surrounding it.  “[People who use illicit drugs] shouldn’t be blackballed from society.  We’ve all got our problems.  We need to find a way, something, to help these people.”

The accessibility of more faith-based programs, to Chambers, is a step in the right direction to combat the drug crisis.  What will not help, he said, is removing criminal penalties for drug possession, referencing Rep. Anne Perry’s failed LD 967, “An Act To Make Possession of Scheduled Drugs for Personal Use a Civil Penalty.”  Despite considering Perry a friend, he strongly opposed the idea of the bill.  “I’m a person of faith myself and I do believe the only programs that work are faith-based.”

Chambers admitted he is quick to speak at times, but also said he is not afraid to apologize when he is wrong.  He is prepared to share that strong voice with that of constituents at the state level to make positive changes.  “There’s a lot of people that talk things to death, but they don’t try to do anything about it,” he said. 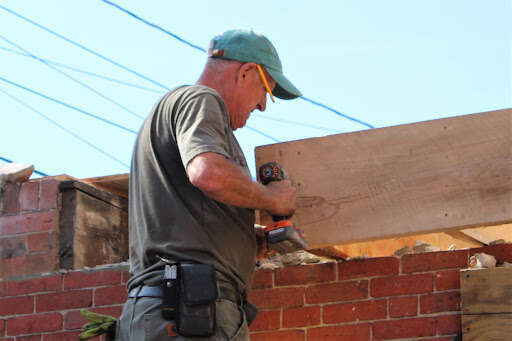