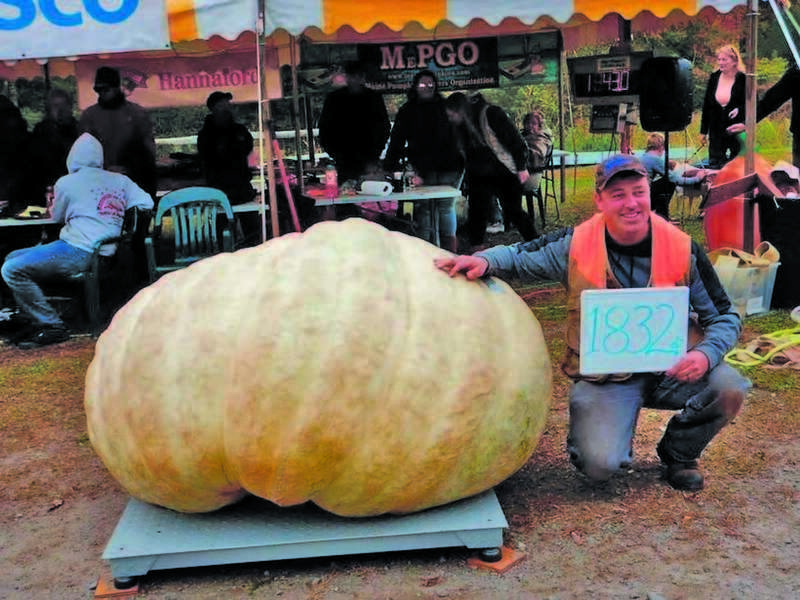 Pumpkins come in many shapes--like round, oval, tall, and squat--and all sizes, but one man’s pumpkin at last week’s Damariscotta Pumpkinfest and Regatta topped them all in size, weighing in at 1,832 pounds.

Edwin Pierpont of Jefferson was declared the winner of the biggest pumpkin, setting a new state record.  What may be surprising to some is that he actually beat his own state record, one he set in 2010 when his pumpkin weighed in at 1,471 pounds.