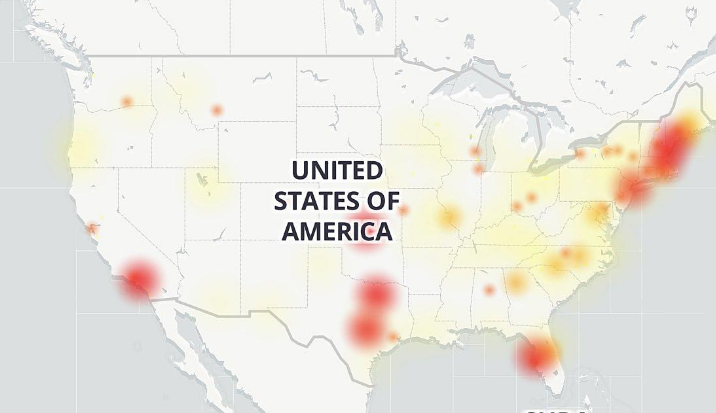 Internet Outage? Not For Many in Calais and Baileyville

All Spectrum customers were without internet and tv service for part of the evening on Monday.  An outage occurred that lasted approximately three hours. Spectrum reported that the outage occurred to its customers nationwide as a result of two separate fiber breaks in its network.

For Calais and Baileyville residents who are part of the local DBU (Downeast Broadband Utility), a utility organization formed by the two towns, service remained uninterrupted through its service operator Pioneer Broadband, as it has for nearly all of the time it has been in existence.

According to Pioneer Broadband CEO Tim McAfee, interruptions like Spectrum experienced can happen from time to time.

“Data networks are very involved.  Spectrum has a nationwide network of devices to manage...

We manage a network that spans about one-third of the state.  The scale difference is amazing, so Pioneer is not going to have the same problems that Spectrum has and vice versa.” Dan Sullivan, President of DBU, said, “Downeast Broadband Utility network, along with Pioneer’s service and help, has been very robust and pretty much rock solid since we began operations.”

About two weeks ago, Pioneer Broadband customers in both Calais and Baileyville did experience a brief early-morning interruption to service.  This, McAfee said, resulted after a self-healing ring failed because of a software fault on an optical ring device.

“Our ring is set to fail over in the event of a break anywhere in the transport network.  The problem on that occasion...was a fiber break occurred at the same time this software fault was in existence, thereby stranding some of the traffic on our transport network and leaving some without service,” McAfee explained.

Pioneer Broadband was quickly able to rectify the issue, with customers’ service being back up before 8 a.m. on that day.

DBU is the first of its kind, non-profit, open-access fiber optic municipal owned utility network in the state.  The residents of Calais and Baileyville--and soon those of Alexander--own DBU, which provides high-speed internet, phone, and TV through a dark fiber network to businesses and residences in those towns.

The Publisher of The Calais Advertiser, Pierre Little, said, “I was pleasantly surprised to be completely unaffected by the large 3-hour outage from Spectrum.  We used to use them, but installed fiber with Downeast Broadband and Pioneer Broadband as soon as it was available and we haven’t looked back.  It’s so fast and it’s speed is not affected by a dozen computers connected to it.  It’s amazing.  This is a huge asset to our communities as it indicates a fiber infrastructure speed comparable to large cities, even as fast Silicon Valley and San Jose, CA.  From the foresight of Calais City Hall, we are able to attract more large high tech companies to the area because of our internet speeds.  Put that together with a higher quality of life and the pandemic rates in large cities, our area is certainly going to see an uptick in interests from out of state people and companies wanting to relocate.”

Nearly 100% of residents in Calais and Baileyville can now access the fiber internet offered through DBU.  To learn more about signing up for service, visit pioneerbroadband.net or call 866-335-1254.