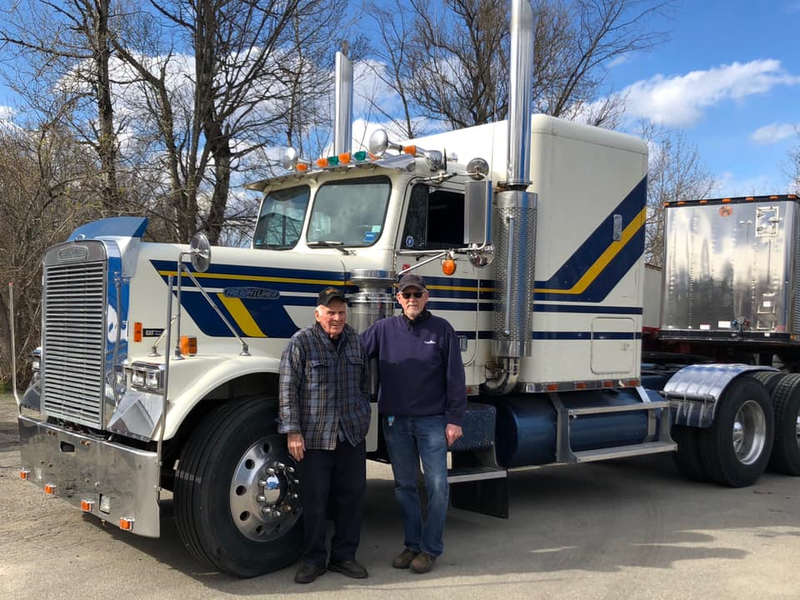 Those familiar with the 1986 movie Big Trouble in Little China, starring Kurt Russell, are likely familiar with “Pork Chop Express,” the 1985 Freightliner FLC-120 driven by Russell in the film.  What some may not know is that that truck made Calais its home in 2006.

Owned by Wilfred O’Brien, the Freightliner was operated by him until just two years ago.  O’Brien drove the truck quite regularly, except during inclement weather.