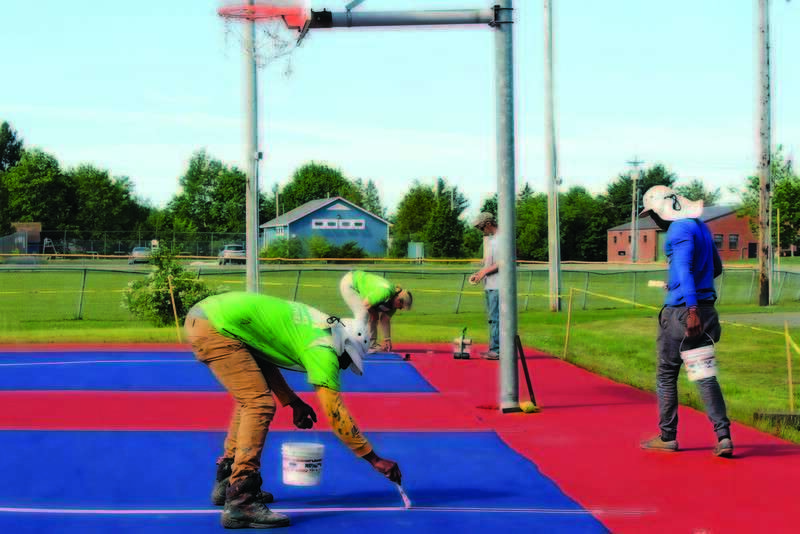 The three outside basketball courts in the city each received a much needed make-over last week, thanks to some of the city’s undesignated funds.

According to Parks and Recreation Director Craig Morrison, the project was initiated after upgrades to the Milltown court were needed.  “The court there needed to be redone, repaved, everything,” Morrison stated, adding, “It was in rough shape and we didn’t want it to get to the point where it would need to be completely rebuilt.”

Restaurant Not Reopening After Failed Inspection